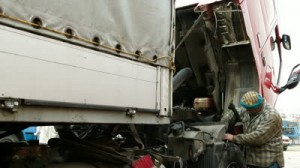 From the term itself, diesel mechanics deal with maintaining heavy vehicles and other equipment that utilize diesel to work. They are responsible for the repair and inspection of these diesel engines so that large machineries and vehicles will function. Some of these machineries include ships, trucks, buses, cranes, electric generators and farm tractors. There is a wide variety of machines being powered by diesel and the aforementioned are just a few examples. Diesel engines are more reliable for heavy-duty equipment compared to gas engines. Due to the fact that diesel engines are used to power large equipment, the roles of diesel mechanics are necessary to avoid breakdowns which might lead to expensive repair. The responsibilities of a diesel mechanic involve a lot of work and there are even mechanics that specialize in a particular area. Doing routine maintenance checks are common for these individuals to find out if there are any potential causes of damage to the machines that they check. In this manner, they can be assured that safety, among other factors, won’t be compromised. Now that we have an idea of the type of services rendered by these individuals, you might end up wondering about a typical diesel mechanic salary. How much do these workers make? That and other questions about diesel mechanics will be discussed in this article so better read on.

The Bureau of Labor Statistics (BLS) website states that diesel mechanics (alongside diesel service technicians) earned a median annual wage of $40,850 (equivalent to an hourly rate of $19.64) in 2010. This means that the highest 10 percent earned more than $60,830 while the lowest 10 percent earned less than around $26,550. Sectors which offer the highest salaries for these workers include the local government, motor vehicle and parts wholesalers, automotive repair and maintenance, general freight trucking, and specialized freight trucking. On top of their basic salary, some employers provide bonuses and commissions to diesel mechanics. It is an award that they most certainly deserve. Some diesel mechanics render overtime work depending on the demands of a situation that they are working on. Even though they typically work 40 hours a week, some end up working with a lot more extra hours. 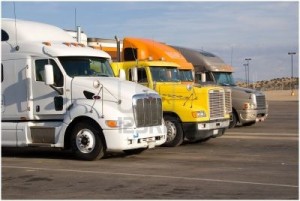 Moreover, in terms of job outlook, the employment of diesel mechanics is expected to have an increase of 15 percent from 2010 to 2020. Growth in demand for diesel mechanics may be expected in the freight trucking and automotive industry. Diesel mechanics will be needed to maintain and look after more of the vehicles which are part of these industries. There is an anticipated increase in the amount of trucks with diesel engines due to the shipping of more freight from different locations. [1]

For those who find being a diesel mechanic as an interesting career choice, there are postsecondary training programs offered in many institutions. Even though a number of diesel mechanics get their knowledge while being trained on the job even without meeting some typical requirements, it is still important to note that almost all employers prefer to hire applicants that have finished high school. In addition, while in high school, taking up courses in physics, math, and English is important for the candidate.  A number of community colleges and vocational schools have available diesel mechanic programs for interested individuals. However, as mentioned earlier, there are diesel mechanics who haven’t finished any of these training programs and simply earned their skills through being trained on the job. But to increase prospects, undergoing training and earning certifications is recommended since a lot of employers prefer to hire individuals who have undertaken the said procedures. Training programs which include hands-on exercises and classroom learning can last from several months to two years. Aside from going through the mentioned processes, diesel mechanics should also have several personal qualities which can help them carry out their jobs more efficiently. For instance, they must be good at dealing with other people due to the fact that they will often be speaking with clients to discuss the progress of their work. In addition, they should also possess dexterity since they will mostly be assembling and inspecting a lot of engine parts.

A career in diesel mechanics will most definitely suit individuals that have minds designed to think mechanically and technically. Considering the type of education needed and the diesel mechanic salary that a candidate can get out of the job, it certainly is a career to consider for those who think that practicing the craft would be a worthwhile experience.